LABC Awards Honors 'Something Old and Something New' 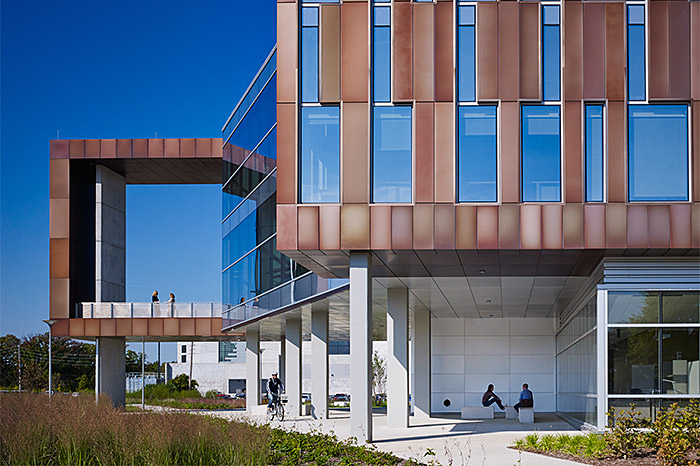 The City of L.A. Green Building Award is given to a deserving project that has advanced sustainable development in the city. Clark worked alongside design partner A.C. Martin of Los Angeles on a design-build contract for structural, architectural, and aesthetic upgrades to the 1920s-era Hall of Justice building. L.A.'s former county courts and jail, the structure was closed after it was damaged in the 1994 Northridge earthquake. The County of Los Angeles chose to preserve this 400,00 square-foot landmark instead of tearing it down and building anew.

The Hall of Justice was designed and constructed to achieve LEED® Gold certification, exceeding the job requirement of LEED Silver at no additional cost to the client. Sustainable elements of the project include:

Scheduled for completion in 2016, the new Los Angles U.S. Courthouse, which earned the Council's  Under Construction Award, is a 10-story, 600,000 square-foot structure. Referred to as the 'floating cube', the new facility will feature 24 courtrooms and 32 justice chambers. A sky-lit central courtyard at the structure’s core will provide natural light and circulation to the building’s interior spaces. The 'floating cube' will be anchored by two levels of below-grade parking, as well as mechanical and back-of-house spaces.

The Los Angeles Architectural Awards recognize the project teams responsible for the very best architecture and that enhance the urban fabric of Los Angeles. A distinguished jury of owners, contractors, architects, and civic leaders selected this year’s winners from hundreds of submissions.

Jeff King, a vice president with Clark Construction Group, is using his passion for tackling challenges to deliver transformational projects in the MidAtlantic Region and serve those in the communities in which he builds.

At just 34, Ellen Quigley, a project executive in Clark’s Pacific Northwest Region, has played a crucial role on some of Clark Construction’s most high-profile projects, having helped deliver more than $5.3 billion worth of work across the West Coast and Texas.

Clark Construction Group has been named an award winner at the annual Going Digital Awards in Infrastructure Awards, a prestigious global competition program to highlight the exceptional work of software users to advance and promote infrastructure design, construction, and operations.