Small businesses play an increasingly important role in our industry and in the delivery of our projects nationwide. As part of Black History Month, we are spotlighting a few of our black-owned small business partners who, through their work and leadership, are helping to shape the built landscape and transform our industry.

For business owners Bianca Vobecky, Nate Lewis, Thomas McElroy, and Cheo Hurley, the key to their firms’ success and growth involved finding a niche and embracing opportunities to help the next generation of entrepreneurs. Though located in different parts of the country and in different fields of work, these business owners share a collective pride in making positive contributions to their communities and to our industry.

While working for an engineering firm early in her career, Bianca Vobecky developed a passion for building. Years later, she funneled her love for construction into founding her own business, Vobecky Enterprises. Since 2006, the firm has provided general contracting services, material supply, and logistics support to clients throughout Southern California.

The company ranked seventh among the fastest growing private companies by the Los Angeles Business Journal in 2017. In spite of her firm’s recent growth, Vobecky enjoys still being able to provide tailored services that meet individual client needs. “We are a small company,” said Vobecky. “However, we are large enough to have the bonding to support our work and offer our customers ‘top-of-the-line’ service.”

Owning a successful business has provided Vobecky with the opportunity to mentor other minority small business owners in her community. She encourages continued education by attending trade shows, industry events, and staying at the forefront of industry trends.

Vobecky says being an African American woman in a male-dominated industry has been her biggest challenge while growing her business. “In time and with plenty of effort, I was able to prove my capacity to perform the work on the same level and, often, at a higher level compared to a good number of my male counterparts.”

When she isn't focused on her business, Vobecky is leveraging her talents to support and strengthen her community. Her greatest accomplishment to date is helping her young daughter found The Little Sunshine Foundation, a non-profit aiding underserved youth in her community.

For Nate Lewis, building runs in his blood. Nate’s early exposure to construction came by way of his grandfather, who also worked industry.

“I was inspired by my father and grandfather, whose love for this field of work encouraged me to start my own business,” said Lewis. Lewis continued the family legacy by founding United General Contractors, Inc., a glass and glazing company based in Washington, DC in 1996.

Over the last 25 years, United General Contractors has left its mark on numerous projects throughout the Washington Metropolitan Area. All of those experiences have helped shape Lewis as a business owner and leader, but two projects in particular – the National Museum of African American History and Culture and Dr. Martin Luther King Jr. Memorial – are a tremendous source of pride for him both personally and professionally.

Mastery of the trade is one of Lewis’ keys to success, and he encourages other aspiring small business owners to get as much hands-on experience as possible. “It can take years to master a trade, as it did for me, and the construction industry is always changing,” said Lewis.

As head of one of the few black-owned glass and glazing firms in the industry, Lewis embraces the responsibility and independence that comes with being the captain of his own ship.

While working as a network manager early in his career, Thomas McElroy stumbled into a new industry that would inspire his work for years to come. Tasked with relocating telecommunications equipment requiring constant connectivity and complex sequencing, he found himself “in the grey area between technology, architecture, and construction.” He has operated in that space ever since.

McElroy advises other aspiring business owners to not let the “opinions of others limit the height of your ideas.” He goes on to say, “Someone will tell you ‘take it slow’ or ‘don’t go too far, too fast’”. Instead, McElroy encourages entrepreneurs to learn as much as possible about the industry in which they do business and focus on strategic, proactive planning.

Owning his own company allows McElroy the freedom to chart his own course and find happiness in the journey despite the challenges. After nearly 20 years in business, he is always proud to make payroll and support the employees who make the work possible. 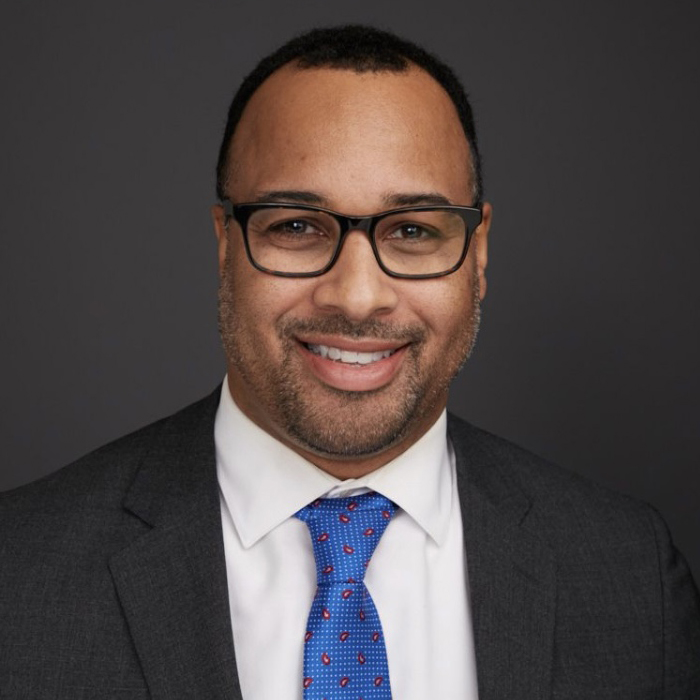 During the housing crisis of 2008, Cheo Hurley decided to pivot from real estate development to construction. Hurley, who already had three degrees, began taking construction management and estimating courses at a local community college. Through those experiences, he was inspired to establish a new foothold in the industry – this time as a contractor.

Hurley’s full-service construction management firm, THG Companies, specializes in drywall and flooring. Clients across the Greater Baltimore Area have come to know the firm for its commitment to quality and professionalism. Hurley is clear on what separates him from the competition – creating long-term employment and training opportunities for Baltimore residents.

Hurley’s role with THG provides him with a platform to educate others about the importance of small business ownership. He advises those growing a business to focus on longevity by “building a strong reputation, admitting fault, paying taxes, and saving money.”

Leading a company requires calculated risks and sacrifices along the way, but Hurley understands both are necessary to achieve success. When asked about his greatest accomplishment, he proudly says it is “maintaining a healthy balance between work and family life.”

Under the Hard Hat with Vanessa Flores

At Clark, we are proud to be made up of individuals from a variety of backgrounds and talents who thrive and succeed together. Our “Under the Hard Hat” series is designed to showcase the diverse people who make up the Clark team.

Under the Hard Hat with Aurelio and Simon Miranda

At Clark, we are proud to be made up of individuals from a variety of backgrounds and talents who thrive and succeed together. Our “Under the Hard Hat” series is designed to showcase the diverse people who make up the Clark team.

Fifteen-year-old Jaylin Haacker likes softball, rap, country music, and TikTok star Noah Beck. A sophomore at Paloma Valley High School in Menifee, she also likes to imagine what her future might look like. What path should she take? Social work, dermatology, professional softball pitcher? But her dad Jeremy, a foreman at Howard Contracting working on the LAUSD North Hollywood High School Modernization project, had another option for her.